PP, PE prices in July to China, Southeast Asia signal a stronger downtrend in the near future

PP, PE prices in July to China, Southeast Asia signal a stronger downtrend in the near future

Several regional and foreign suppliers have announced July PP and PE prices for China and Southeast Asia mostly at lower levels this week. Weak demand in China as uncertainty over the pandemic persists, was the main factor driving prices down in the region.

Imported polyolefin prices in China fell further this week, including for Middle Eastern origin. A major Saudi Arabian producer has announced a cut in July quotes for China to $90/ton LDPE film, $70/ton LLDPE film and PP homo raffia, and $60/ton HDPE film from the previous month. . “Anti-Covid-19 measures were relaxed at the beginning of June but the unrest is still due to a resurgence in the number of new infections,” the agent noted. Although the peak season is approaching, domestic demand is still weak as many buyers do not replenish raw materials or just buy goods on demand.”

A trader reported closing deals for low-end Russian raffia and said: “Demand remains slow due to lack of market confidence due to a resurgence of new infections. We think this will likely drag prices down further in the near term along with the steady slide in spot propylene prices.”

A PE trader said: “LLDPE and PE futures prices have been on the rise since the start of this week, following a prolonged downtrend. But we are not sure if this bullish momentum can be sustained or if it is a sign of a recovery. The domestic supply is more balanced between the increase in the number of maintenance factories and the new factories coming into operation. However, the inventory levels of major manufacturers are still higher than the same period last year.”

The spillover from China remains in Southeast Asia

Similar to China, July PE prices of Saudi Arabian suppliers to Vietnam also appeared with a monthly decrease in the range of 40-60 USD/ton. Import and domestic PP and PE quotes from some regional producers for July were also stable or decreased.

“Aggregate demand is not good in Southeast Asia, but we still don't want to cut prices too much. If the buyer does not accept these prices, the quote will be moved to other more profitable markets. We heard that Chinese traders have been quite active in selling to Southeast Asia recently, possibly due to weak demand in China.” 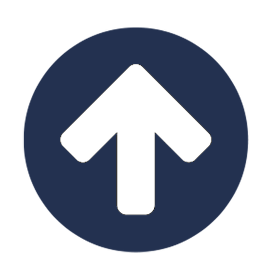